A crime of passion is typically a defence mechanism used by most aggressors and their defendant lawyers, for having committed a murder of a loved one due to intense jealously, infidelity, a feeling of sense of superiority and entitlement. A crime of passion is a term used to describe a homicide committed through sudden impulse or anger to eliminate the element of ‘wilful’ or ‘premeditated’ homicide.

In domestic violence murder cases, defence lawyers normally couple crimes of passion with the defence pleas of insanity and/or intoxication on the part of the aggressor during the execution of the offence. Defendant lawyers normally bring forth these pleas to try to minimise the criminal responsibility of the accused. These defence pleas are not taken lightly by the court and lawyers need to provide hard evidence to show that the accused was truly insane or intoxicated at the time of committing the offence. A crime of passion in no way exonerates the accused from being criminally responsible or serves as a legal justification or condones the crime of murder.

Maltese law defines a crime of passion as “any person acting under the first transport of a sudden passion or mental excitement in consequence of which he is, in the act of the crime, incapable of reflecting”.

Lately, the notion of the crime of passion attracted several media attention following the death of Chantelle Chetcuti, aged thirty-four believed to have been stabbed by her alleged ex-partner outside a football club in Zabbar. Cases of femicide have been reported not only in Malta but also in countries all over the world. In the UK, in 2019 it was reported that the rate of murder cases due to domestic violence was at its highest level in five years. A murder case reported in the UK last year was that of Charlotte Huggins who was stabbed to death by her ex-boyfriend Michael Rolle on New Year’s Day. Michael Rolle had spotted Charlotte Huggins with another man and in a jealous rage stabbed her in the back with a large kitchen knife in her south London home.

Women are more likely to experience domestic violence. Forms of abuse, however, take place between all kinds of couples be it of the opposite or same-sex, married or cohabiting. While progress has been made towards equality between the sexes, we still live in a patriarchal society. Expectations that men should be strong, masculine and more powerful than women can be very destructive.

If your partner shows signs of aggressiveness or violence, you should immediately seek the help of professionals. 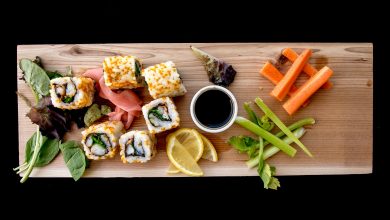