Las Vegas, the Sinful City, is the 28th most populated city in the United States. As you may have heard, Las Vegas boasts a significant number of attractions and glamourous sites and is internationally renowned for its never-ending casinos, bars, nightclubs, shopping malls, fine dining and its non-stop entertainment. Many of the hotels are attractions in themselves and feature free roadside shows ranging from dancing fountains to erupting volcanoes.

Although Las Vegas is mainly marketed to adults, there is still plenty of activities one can engage in when travelling with kids. In this article, we shall be discussing some attractions worth visiting whilst booking your stay in the beautiful city of Las Vegas!

A visit to Las Vegas would not be complete without a visit to the Strip! The Strip is known as one of the most famous streets in the world. This runs through the city from northeast to southwest and is lined with huge entertainment including luxury hotels. The Strip is particularly impressive throughout the night when the city is illuminated with glittering neon lights and signs. Many tourists visiting Vegas, take a stroll along the Strip to enjoy the beautiful sights of the city. There are several attractions to visit. Without a doubt, the Strip offers endless opportunities for gambling and betting in their exquisite and high-end casinos. Along the Strip, you will notice luxury stores and designer retailers such as Tiffany, Versace and Dior.

The Neon Museum officially opened in October 2012 and this is situated in the La Concha Motel Lobby. The Museum was originally set up to preserve and commemorate the neon signs that once branded historic Las Vegas buildings. The museum hosts more than two hundred discarded signs which go back to the 1930s. Some of the signs which the Neon Boneyard holds are the Stardust sign, Moulin Rouge, Desert Inn, Aladdin and Flamingo, amongst many others.  If you wish to visit the Neon Boneyard, we suggest that you take the hour-long guided tour which is available seven days a week. Due to the museum’s popularity, it is recommended that visitors book their tour in advance to avoid queues.

Just two hours away from the city of Las Vegas sits the Grand Canyon National Park. Every year around one million people head out to the Grand Canyon to view the natural beauty of the area. When you arrive you cannot help being amazed by the large red rock formations, sandstone peaks and keystone thrust. Some of the walls are over nine hundred meters which makes them a favourite with rock climbers.

The LINQ Promenade is an outdoor shopping mall that features several famous retail outlets, dining and entertainment experiences. The focal point of this outdoor shopping mall is the Roller Coaster that offers 360 views of the city of Las Vegas. The area boasts approximately forty shops and restaurants. Some of the restaurants in the vicinity include Guy Fieri’s Vegas Kitchen, Gordon Ramsay Fish and Chips, Jaburritos, Amorino, Starbucks and various others. The LINQ Promenade also features Brooklyn Bowl, a concert venue that holds up to two thousand people.

Are you ready to book a flight to the amazing Sin City? We are!

Being Raised by a Narcissist

I Talk to Myself. Am I Mad?

3 things you do not know about the Pyramids of Egypt 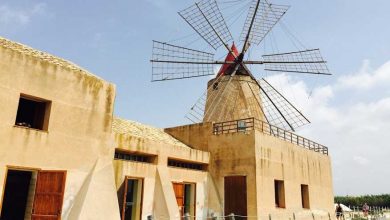 The Secrets of Beautiful Sicily 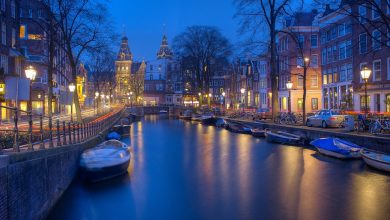