A lot has been said about Malta’s approach to the environment amidst the current development spree and constantly growing traffic. Malta’s attractiveness as a jurisdiction has brought about many foreigners who in turn created the need for more accommodation and vehicles. Whilst the numbers reflecting the growing economy are indeed encouraging, we have an increasingly expanding pollution problem due to excessive traffic, lack of green areas and the constant disregard to safeguard the environment.

Another statistic which reflects our air problem is the fact that Malta is in first place in terms of pollution exposure as indicated by Eurostat. This was published on their website highlighting that Malta is the worst off in terms of exposure to pollution and grime combined with other environmental problems.

Other countries such as Luxembourg, Latvia, Slovenia, Lithuania, Bulgaria and Romania were above the EU average. On the other hand, Scandinavian countries such as Denmark and Sweden, together with Finland and Croatia reported lower exposure rates to pollution. The best country, however, for the perception of low pollution and clean air is Ireland. Across the European Union, perception of pollution exposure decreased by three per cent when considering the year range between 2007 and 2017 from 17.1% to 14.1%.

In Malta, many have complained about the lack of long-term planning in terms of environmental sustainability. The complaints are due to excessive construction and removal of trees, which are being perceived as complete disregard for the environment.

Prior to the protest, many non-governmental organisations have complained that existing policies do not cater for the well-being of the public but only safeguard the interests of the few. An emphasis is also made on the fact that large scale projects are having an irreversible and devastating effect on the quality of life.

In this regard, the government is working extensively to phase out normal cars which are powered by petrol and diesel and move towards electric vehicles.

What are your views about pollution in Malta? Is it truly a major problem or is it a question of perception? Can we really do something about it by ceasing construction and traffic volumes? Such approaches are likely to be unfeasible.

It's Official: The Maltese are Alcoholics 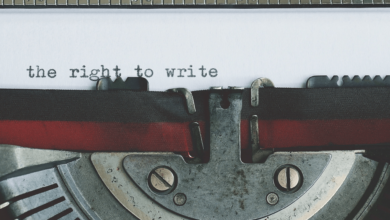