The future of the UK is in tatters as the end of the Brexit discussions seem to be nowhere close. The Brexit fiasco has plunged the UK into its worst political and constitutional crisis since the Second World War. The country was due to leave the EU on March 29, 2019, the revised departure date is now October 31, 2019, after parliament was in gridlock twice, forcing the government to seek an extension.

This delay forced the resignation of Prime Minister Theresa May, who was requested to step aside after failing to deliver a Brexit deal. Theresa May was replaced by Boris Johnson who won the race to become the Conservative party leader, and Britain’s next Prime Minister. Boris Johnson has been known to be a vocal opponent of May’s deal and an ardent backer of Brexit.

In fact, before the UK voted to leave the EU when David Cameron announced that he will be holding an in-out referendum, Boris Johnson became the unofficial leader of the ‘Vote Leave’ campaign. Some of the claims that he pushed forward when campaigning to leave the EU, were that the UK is giving 350 million sterling to the EU a week, stating that these could be better used to help fund Britain’s health sector instead. Another popular claim made by the ‘Leave’ campaign at the time was that the EU’s freedom of movement made the UK less safe and that Brexit would allow the UK to regain control over its borders.

Once Boris Johnson was appointed, he promised all members of the Conservative party as well as party voters that he aims to deliver Brexit by October 31, even if that means leaving the EU without a deal. Although negotiations for a Brexit deal are still ongoing in parliament, there is a continued resistance by various parliamentarians towards a no deal Brexit. In fact, Johnson sparked fury amongst opponents of a no deal Brexit after announcing plans to suspend parliament for five weeks starting from 12th September and will resume on October 14th, to reduce the time available for lawmakers to introduce legislation or other measures aimed at preventing a no deal Brexit. On Tuesday September 3rd, Members of Parliament defeated Prime Minister Boris Johnson by blocking the possibility of leaving the EU without a deal by introducing a bill.

On Friday September 6th, rebels and opposition Members of Parliament voted in favour of a bill designed to prevent the country from leaving the EU without an agreement. If no agreement is reached by October 19th, the bill will force Prime Minister Boris Johnson to ask the EU to postpone Brexit until January 31st 2020. The bill is set to become law in the coming days, once it gets the formality of royal assent. This extension will need to be approved unanimously by all European leaders.

In terms of negotiations with Brussels, in the June summit the EU ruled out a second renegotiation of the withdrawal agreement stating that this was already negotiated over an eighteen-month period when Theresa May was Prime Minister, and this was approved by all the twenty-seven member states in November 2018. This deal was eventually rejected three times in the UK parliament. This message has since been repeated by the President of the European Commission Jean Claude Junker and EU chief negotiator Michel Barnier. The EU and several other national leaders feel that the terms of the withdrawal agreement are already generous to the UK. The EU in fact is against re-writing the UK terms but is more open to modifying an agreed framework for future ties.

Critics of Boris Johnson state that there is no serious attempt from his end to renegotiate the UK’s exit terms and that his intention is to go for a no-deal Brexit.

The UK and EU appear to be in a deadlock. The UK wants to keep many benefits from the existing terms, however, its intention is now to leave the EU single market and customs union so that it could take control over its money, borders and laws. This is contrary to what Theresa May had proposed. The EU has made it amply clear that remaining in the EU single market after Brexit, will mean that the UK will need to stay in conformity with EU laws.

What do you think about the UK’s future? I cannot see the light at the end of the tunnel! Do you?

It's Official: The Maltese are Alcoholics

Your Teeth are more Important than you Think 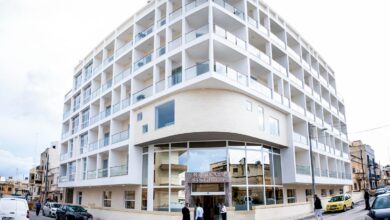 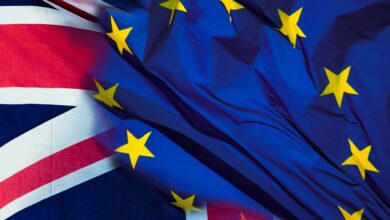