Exercise and appearance have for a long time been associated with fertility. Keeping a healthy body and exercising within reason, on a regular basis can be quite beneficial for your chances of conceiving. It is important to keep in mind that a healthy habit can easily turn into an unhealthy one, and overdoing it can be problematic and reduce your chances of fertility.

So what do we mean exactly by overdoing it? What is excessive?

Workouts where you are causing harm to your body, which induce injuries and lack of sleep may be deemed over the top. Whilst a no pain, no gain attitude is indeed beneficial to achieve your goals, it should not be undertaken at the body’s expense.

Apart from exaggerated exercise rituals, there are those who take it a step further and consume steroids to bulk up. This can have serious implications on males who want to start their own family. Due to steroids, the body creates high levels of testosterone and the hormones which produce both testosterone and sperm are halted, hence impacting male fertility. The seriousness of this issue is further amplified by the fact that this may not be reversible. Some athletes who have taken steroids to optimise their performance ended up taking fertility drugs to get their sperm production back. In this regard, steroids are banned from several sporting competitions.

There are some steroid users who never manage to recover their sperm production, even with fertility drugs and thus would never be fathers. The problem with steroids is that this damage is not necessarily correlated to usage term but rather the amounts consumed. With that said, such damage is not only applicable for males but may also impact women. Whilst biologically, this does not work in the same way, steroids suppress the hormones that stimulate ovulation in women.

Apart from the efforts of making your body bulkier, certain methods of hair growth have also been correlated with male infertility. Consumption of finasteride via the popular pill called Propecia can impact fertility and cause problems during sexual activity. Finasteride is known to reduce male hormone activity.

It is also known to cause erectile dysfunction and lack of sexual desire in some men. This may go on for some time after the consumption stops. Propecia has also been known to reduce the quality of semen. The light at the end of the tunnel is the fact that this side effect is alleviated after the drug is no longer consumed.

Think twice before taking any medication or pills which will make you look or feel better. You may end up with some serious long-term consequences.

Is it Right to Headhunt?

6 Tips for Men to Improve their Image

Are there any Benefits in Drinking your own urine? 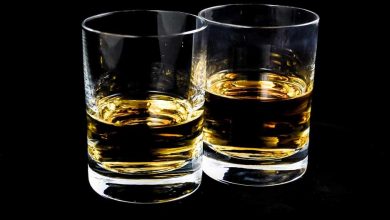